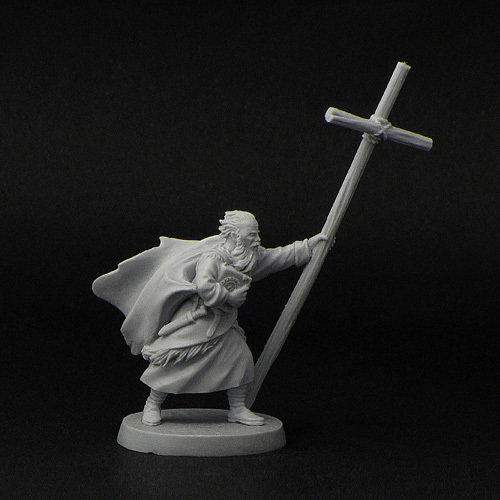 St. Brendan of Clonfert (with cross)

Brendan of Clonfert with cross (wargame miniature for SAGA)

Saint Brendan of Clonfert (c. 484 – c. 577) (Irish: Naomh Bréanainn; Latin: Brendanus; Icelandic: (heilagur) Brandanus), also referred to as Brendan moccu Altae, called "the Navigator", "the Voyager", "the Anchorite", or "the Bold", is one of the early Irish monastic saints. He is chiefly renowned for his legendary quest to the "Isle of the Blessed," also called Saint Brendan's Island. The Voyage of Saint Brendan could be called an immram (Irish navigational story).

Save this product for later